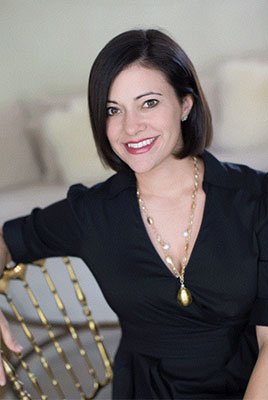 Bonnee was named after an artist—her grandmother, an accomplished painter and collector of all things beautiful. She inherited her vision and her curious eye. Like her, and her ever inquisitive mother, also a painter, Bonnee has always had the fire-in-her-belly to create.

In the late 1990’s, Bonnee moved from her home state of Texas to New York City. She made her way in New York as a writer for an international advertising agency, but found herself repeatedly drawn to the visual arts, as she had been since childhood. Bonnee hungrily enrolled in photography classes at the School of Visual Arts and painting classes at the The Art Students League of New York in an attempt to quell that need. In Los Angeles, a few years later, she began formal training in interior design, ultimately accepting a position at Emily Summers Design Associates in Dallas. She shared that firm’s commitment to design as functional art and loved the challenges that its modern, upscale projects presented.

Fruitless and frequent searches for just the right pattern, on just the right material, in just the right hue eventually led to a group of highly skilled silk-screen craftsmen, a 72 year old east coast printing mill and yard after yard of possibility. Bonnee quickly began developing artwork for patterns. Her first runs of hand-printed, custom textiles were received enthusiastically and became prominent features of several significant projects. She had found her artistic and entrepreneurial calling. This was what she was meant to do.

And so studio bon was born. A collection of personally designed, hand-printed textiles including etchy florals, graphic geometrics, and delicate symmetries. The body of patterns aim to be as perfect an accoutrement to a Robsjohn-Gibbings side chair in a New Orleans manse as to an un-mullioned steel window of a high-rise penthouse in Manhattan.

Because the studio bon line is hand-printed, on demand, there is always room for customization.

Please enjoy the current collection and stop back soon for new additions to the quickly expanding line.